The return of Shelagh McDonald 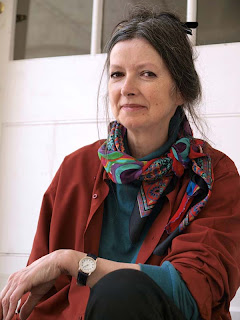 If there’s one chapter of my Sandy Denny book in serious need of update it’s the short short one on Shelagh McDonald. As I write there, Shelagh had the world at her feet in the early Seventies. A talented singer, songwriter and guitarist, a woman of striking beauty with two acclaimed albums to her name, she was hailed by Melody Maker as a worthy ‘successor to Sandy Denny’. Then she simply vanished. For over thirty years no one knew where she was or even if she was still alive. A brief reappearance in 2005 brought news of the reasons for her disappearance and a reassurance that she was happy and well, but then we heard no more. Until 2012, that is. Early last year her husband died, and out of the sad circumstances of his passing was born a desire to pick up her music again, to reconnect with her old friends and dip her toe in the waters of a much-changed music scene. The story is well told in Ian Anderson’s lengthy feature in fRoots magazine, available online, so I won’t rehearse it here. Since then she has made several low-key appearances in Scotland, and in January this year was lured down to London to make her first appearance in the capital for over forty years in a support slot to Anderson’s new duo, The False Beards. It was a top-notch night. A clip on YouTube (’Let No Man Steal Your Thyme’) shows how, despite evident nerves, her musicianship and charm have not diminished with the years.

In the fRoots interview, Shelagh talks a little about Sandy, whom she knew, pointing to a conflict between Sandy’s gregarious nature and the isolation she needed for her songwriting: ‘There was this wealth of songs in her, but she couldn’t organise her time – I felt that a lot of her friends should have respected that and given her more space.’

If everything comes to fruition, the future for Shelagh is bright: more live gigs (including one with The Razorbills), a reissue of her two albums from the Seventies (currently out of print again), possibly even recording of the many new songs she has been writing. There’s a Facebook group devoted to her, which may be the best source of information until she has a website up and running.* I only managed to snatch a few words with her at the London event but hope to interview her at some point for a magazine piece.** As for what I wrote about her in the book, well, I slightly regret making a direct comparison between Sandy and Shelagh. In my defence, I can only say that, at the time of writing, I never expected to see Shelagh perform, much less meet her. In the ‘remote contingency’ of a second edition, I shall have to eat my words, or at least chew them more slowly.
_________
*Postscript, 25.3.13: there is now an excellent Shelagh McDonald website where fans can keep track of her activities and promoters can get in touch with her. And another delightful clip has appeared on YouTube, this time from A' the Airts, Sanquhar: ’Rigs O' Rye’.

** This interview, conducted in July 2013, is now online at my other blog.
Posted by Philip Ward at 14:35 No comments: Links to this post