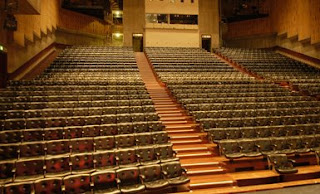 The Lady : A Tribute to Sandy Denny

In the 30 years since her death, Sandy Denny has emerged as one of the UK’s greatest singer-songwriters. A unique line up of artists including former colleagues and young admirers re-interpret her songs in this very special tribute showcasing her work with Fairport Convention, Fotheringay and her solo career.

A great line up is promised (to be announced over the next few weeks) but early birds can get tickets here.

The above is from the Sandy page on MySpace, announcing the final event of anniversary year. I'm only peripherally involved in this one, but I heartily recommend it and hope to see some blog readers there. More details will appear here as I have them. Joe Boyd was complaining that tributes to Denny should be happening in the largest venues, not in little clubs like the Troubadour with a capacity of 120. I'm quite sure all 950 seats at the QEH will be sold out on 1 December, so don't delay.

As I understand it, the concert is all about looking beyond the ‘Fotheringport’ family (though, of course, they will have their rightful place on the night) to find the much wider fan base she deserves. For instance, the Independent recently quoted Jamie Reynolds of Klaxons (NME Best New Band 2007, etc.) saying that Sandy would be the vocalist in his ‘fantasy’ band. Hence the welcome presence of a number of newer, younger artists who will bring in their own audiences, present her work in novel ways and take her legacy into the next generation.

Update, 28.11.2008. Jude Rogers, in her column in today's Guardian, much of it about Sandy Denny, cites this gig as evidence that 'her dark star is rising everywhere'.
Posted by Philip Ward at 17:41

I wish I could go to the concert - thanks for leading me here.

I designed the www.gingergeezer.net web site and had the privilege to have met Sandy when I was just a kid.

Thanks for the comment on my blog at www.longfellowdesign.blogspot.com - I will enjoy following your blog and reading more about Sandy and all the wonderful music from that period.