A short tale about a long tail 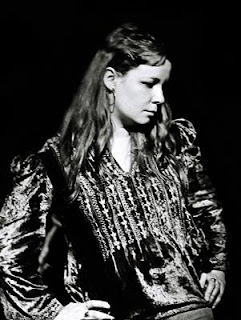 ‘This one has no end,’ the lady sang. Was she right?

A friend of mine has a personal website. With perverse delight he has concealed it on some Austrian server, far from the reach of web-crawlers and search engines, where like a fox having evaded the hunter it gloats over its own escape from notice. If you do somehow locate it, you are met with a ‘welcome’ page (though never was the word less apt) which is the epitome of self-deprecating English humour. It reads:

‘Congratulations, intrepid cybernaut! You have finally reached the end of the long tail.’

The ‘long tail’ is a tale I’d like to believe. The idea was promoted in a book by Chris Anderson, who challenged the conventional wisdom in retailing, namely that selling the most popular 20 per cent of products is the way to make a profit as they will account for 80 per cent of sales. No, says Anderson, not so in the new online market. His analysis of online music sales suggested that, thanks to the cheapness, simplicity and global accessibility of searching for products online, retailers could make money from more obscure products because they would always find an audience. Amazon is the textbook example of this new retail model. The theory took a bit of a knock last year, apparently, with the publication of a study by the MCPS-PRS Alliance, which found that, over a 12-month period, of the 1.23 million albums available online, only 173,000 were ever bought, meaning that 85 per cent did not sell a single copy all year. Conversely, for the online singles market, 80 per cent of all revenue came from around 52,000 tracks. In other words, the online market may not have rewritten the ‘80/20 rule’ as we supposed. For Anderson the long tail, like the rainbow, has no ‘end’.

While I leave the supporters of both sides arguing over statistics, I turn to another friend who asked me why this blog has fallen silent in 2009. The short answer is that I was waiting for some good news to report. After the successes of anniversary year, I believed we’d reached a plateau – now I’m not so sure. We’re still hoping to reprint the souvenir brochure that was put together for the December concert. My contribution to that was the reprint of a long article written at the start of last year. Back then I was gloomy about Denny’s prospects in the new millennium:

‘To find Sandy’s albums in your record store you must locate ‘Folk’ on the first floor or in the basement, nestling somewhere among World, Jazz, Blues, Easy Listening and all the other consumer choices. In the Seventies she would have been on the ground floor, near the point of sale.’

Later in 2008 I decided this conclusion was too pessimistic: I was thinking in terms of the old technologies that I grew up with. By the year’s end, buoyed up by the apparent media interest in this long-dead songstress, I wanted to accentuate the positive, imagine how a 20-year-old, without ever leaving his bedroom, could stumble on Sandy Denny via YouTube or last.fm. So I drafted this upbeat insertion to my text:

‘But wait, here’s the upside: there’s never been a better time to have a posthumous career. The music lover (especially the younger one) no longer ventures into a shop to look for a ‘record’. Digital downloads, file-sharing and social networking sites have transformed how we ‘consume’ music. If you go hunting ‘Sandy Denny’ now, once the scent of the chase is in your nostrils, you’re only a few mouse clicks away from finding her – biographical information, music-examples, photos, even video clips. And you’re only an email away from finding others who share your new-found interest. Society has indeed become more atomised since the Seventies, but the Internet has the potential to remake those broken connections in another way.’

Still this paragraph remains unmoored, bobbing freely adrift from its context, because I don’t know whether I believe it. Is she a beneficiary of the ‘long tail’? Or is there no ‘long tail’ and is she a victim of the inflexible ‘80/20’ law which says that if you’re not in the 20 per cent of artists who generate 80 per cent of sales, then you’re not big enough to have books written or television programmes made about you?

(Statistics taken from: Patrick Foster, 'Sting in the tail for online sellers as 10m music tracks spin unloved through cyberspace', The Times, 22 December 2008, p17)
Posted by Philip Ward at 15:57

Well, Philip, I'm a member of the club, not a portion of the long tail; anyway, as she sang, Who knows?
Internet is probably mora an unpredictable fruit of atomized society than a solution - but sometimes it works.
Best
Paolo

And, well, We are probably exiled in short portion of the tail ; )
Happy Easter, at least
Paolo

while i, too, are part of the short tail...the internet surely brings new fans every time her name comes up in the old media...on another note, if i went to either of the cd stores within ten minutes of where i'm typing [near akron, ohio], i would find physical discs...