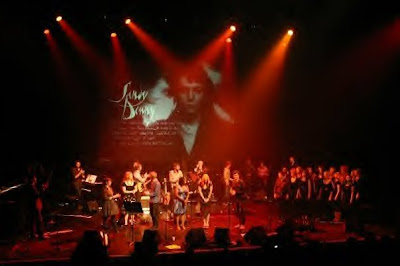 About eighteen months ago I published a post here on the topic ‘Cults and anniversaries’. My question then was whether the upcoming thirtieth anniversary of Sandy Denny’s death might be the trigger for a serious reappraisal of her work and a breakthrough to wider acceptance. Looking back over the past year, I have my answer. The tectonic plates of musical taste are definitely shifting, and to her advantage. Think how much has happened in the last nine months:

- April: tribute concert at the Troubadour Club, London, and one-hour documentary on BBC Radio 2.
- May: she makes a ghostly appearance on Jools Holland’s influential TV show in the middle of an interview with Robert Plant.
- August: tribute slot during Cropredy Festival, including a rare occurrence of Julie Fowlis singing in English.
- September: release of Fotheringay 2 after thirty-eight years in the freezer.
- November: ten-minute feature on Woman’s Hour, BBC Radio 4.
- December: tribute concert at the Queen Elizabeth Hall, London.

Add to that Robert Plant’s revival of ‘The Battle of Evermore’ on tour with Alison Krauss (introduced from the stage with due obeisance to an absent friend) and several newspaper and magazine articles, and you can’t help feeling something is astir. For me, this translates into the paradox that, whilst I personally have had a pretty bad year, culminating in bereavement in October, this long-deceased lady has had a remarkably good year, almost certainly her ‘best’ year since she passed over. All that’s required now is to keep up the momentum. Some of you may have heard rumours of a forthcoming TV series on British women musicians. Kate Bush, Dusty Springfield, Marianne Faithfull, Amy Winehouse and (so we thought) Sandy Denny. My mole on the inside tells me that Sandy has now been dropped from the series, on the grounds that she’s "not famous enough" and viewers of BBC1 (where the series will air) have “never heard of her”. It’s a shame, whichever way you look at it, as filming had already begun on the Sandy programme and this would have been a unique opportunity to place her in rightful company whilst bringing her to the widest audience. 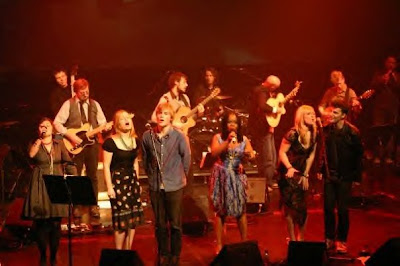 Anyway, it's gratifying that both the tribute concerts this year happened in venues associated with her. While the QEH isn’t so redolent with associations as the Troubadour in Earl’s Court, it still has its place in her story. She performed there a number of times, notably twice in 1971 – at the Fotheringay ‘farewell’ concert in January, and again in September at her London ‘solo’ relaunch, an event recalled by those who were there as fairly disastrous, under-rehearsed, but redeemed at the last minute by a glorious a cappella ‘Lowlands of Holland’. Perhaps the next commemoration of this kind (and here’s hoping there will be more) should take place outside the capital, or even outside the UK? The LA Troubadour, perhaps? – another venue she knew very well. Closer to home, I notice that the the Cathedral Quarter Arts Festival in Belfast is holding a ‘Sandy Denny night’ on 21 January 2009. The featured artist is Linde Nijland. It must be an ‘open mic’ night as well, as the advertisement says: ‘If you would like to perform a Sandy Denny song at this event contact [the Festival director] Sean@cqaf.com.’

As I write, the January/February issue of Rock’n’Reel plops through the letterbox. It contains, I’m pleased to see, not just my own retrospective piece on Fotheringay but also a poignant end-of-year message from Sean McGhee recalling that moment, so sacred to all of us, of first encounter with Denny’s work:

‘We rarely know what lies ahead for us. Little did I suspect back then, as I listened to her wonderful voice, that one day I’d be writing an editorial such as this, Sandy having long since sung her final song. Yet we’re still listening…’

Here’s to a wonderful 2009 filled with the very best sounds! Onwards and upwards!
Posted by Philip Ward at 15:16

"Now that I am dead my agent finally said he wanted to have lunch with me.."

Good old RT. He makes many a hat tip to Sandy, too. Or is Beeswing not dipping into that well?

I believe he has said publicly that 'Beeswing' was inspired by Anne Briggs. People always assume 'Did She Jump Or Was She Pushed?' is about Sandy, but I find that hard to believe. To my mind, 'That's All, Amen, Close The Door' is a more likely candidate.