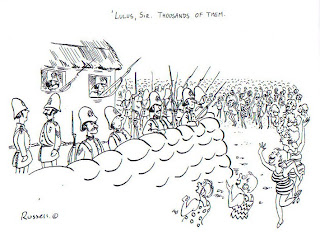 Mick is eminently suited to the task. Whilst he’s taken care of the PR for many of the big names in the UK’s music scene through the 80s, Sandy fans will be more impressed by his current roster of boyhood folk music heroes: Richard Thompson, Bert Jansch, John Renbourn, and Shirley Collins. The past couple of years saw him researching and writing Becoming Elektra, his book about his all time favourite record label, Elektra Records and its founder Jac Holzman, that was published last October – while Mick was already busy organising the PR for the Sandy Boxset and also providing all the interviews for the hardback book that accompanied the 19CDs.

You seem al little disgruntled, Philip. But is it Mick you're quoting?
I have the same problem with 'Sandy Denny' on Facebook. Who's that talking? The record company, I suppose. And they also make mistakes, as I recently noticed.
Anyhow: a publishing company that commissions somebody to write a biography of Sandy Denny; their marketeers must have been on the job. Sandy as a selling point must have become a serious issue.
But that's what we wanted. Or was it?

The Facebook page is run by Andrew Batt (I'm sure he won't mind me blowing his cover.) He's a great authority on SD and compiled the box set last year.

Good news indeed about MH. He's a safe pair of hands who should deliver a much better book than Heylin's.

My remark about you being disgruntled seems a bit odd now, as you removed your comment on Mick Houghton providing all the interviews, but never mind.

I'll receive my copy of Heylin's book in a few days (the reprint is released on june 6th, if Amazon is correct). I'll be back with you when I have read it.